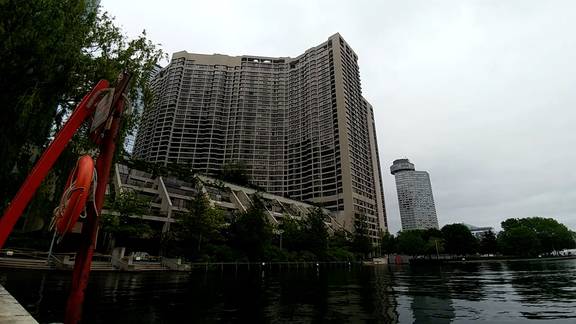 “An extraordinary example of mid-century modern architecture.” That was what the National Trust for Canada had to say this week about Davisville Junior Public School in Toronto.

On Thursday, the non-profit heritage organization named the midtown Toronto school to its list of Top 10 Endangered Places. Why? Because that 1962 building, flagged by City of Toronto planners as a heritage asset, is headed for demolition.

As I wrote in February, the backstory is long and complicated, but the Davisville case has huge implications. The Toronto District School Board and its predecessors built hundreds of the most important public buildings in the city.

Here it seems the board, and the Ontario Ministry of Education, are willing to trash that heritage rather than fix it up. Their plan for a suburban-style replacement school is indefensible on cultural, environmental and urbanistic grounds. And city politicians, led by local councillor Josh Matlow, are lending a hand.

It’s time now to reopen the conversation: Toronto City Council should consider whether to designate this building as heritage, and if they don’t, explain why it needs to be trashed.

Time is tight. At the beginning of May, the school board submitted plans to the city for a new school – using $6.8-million in city funding – that anticipates a future community centre. This plan would put the new building next to the old, and demolish the old completely.

The goal is to create a new “community hub,” combining school and recreation facilities. That makes sense. But this process should begin with rebuilding the old school. It should be renovated and expanded.

That building, designed by the architect Peter Pennington for the old Toronto Board of Education, is a community asset worth keeping. City staff say so: Last June, planners recommended in a forceful and clear report that the building be protected under the Ontario Heritage Act. But the local community council, following Mr. Matlow’s lead, shelved the report – effectively condemning the building.

It is an expressive structure influenced by the English modernism of the 1950s: a set of house-like brick pavilions with concrete roofs drawing wild, origami-like shapes in the air. The National Trust praises its “futuristic gull-wing roofline, jazzy vertical and horizontal window placement, and fine interior materials like limestone, terrazzo, stainless steel and black walnut.” Its floor plan, “broken up into four modules with adjoining glass staircases – is intended to surprise and delight students and humanize the building’s scale,” the Trust says in a statement.

There are ways to build on this. I recently sat in on a studio at Ryerson University’s Department of Architectural Science. Professor Marco Polo and instructor Joey Giaimo asked their students to look at the building as a case study in rebuilding and expanding on a modernist building. The ideas were fascinating, and they treated the building’s geometries, structural system and ornament as valuable. Does Toronto want to wreck an ‘extraordinary’ building? It’s time for an answer – The Globe and Mail