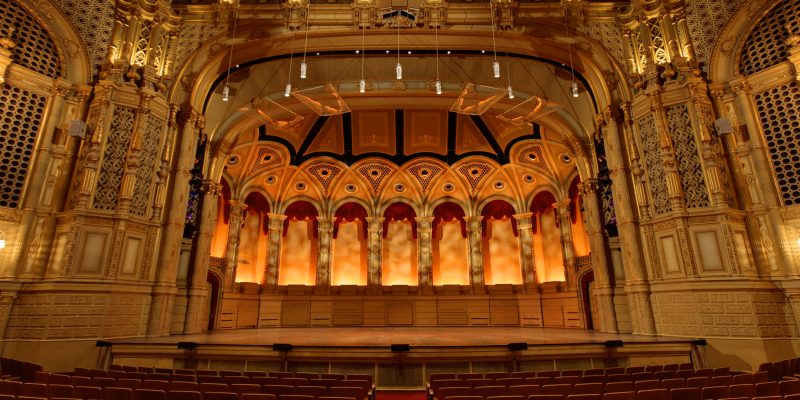 Designed by a consortium that includes architects Lemay and Atelier 21 and engineering consultants WSP, the glass envelope will fully encompass the Quebec City arts complex.

The casing will be integrated with the building in what the architects describe as a “modern, conserving cocoon.” The two-metre gap formed by the double facade will be climate-controlled and ventilated, thereby protecting the prefabricated concrete panels.

Construction costs are estimated by the theatre at $18.1 million.

The building envelope repair project is being undertaken on a design-build basis by a team headed by Pomerleau. Its bid was accepted by the theatre’s board of directors after being analyzed by a jury of independent architects and a committee of technical experts.

“It’s a complicated project,” said Gaetan Morency, the Grand Theatre’s president and chief executive officer. “The solution was not obvious. This is why we requested a design-build solution.”

He noted that replacing the large concrete panels would have been a difficult and expensive proposition. The panels are 15 metres high and some of them are affixed to an interior mural.

The theatre was anxious to not only protect the building, within a limited budgetary envelope, but also respect the architecture. The building was designed by Polish-Canadian architect Victor Prus. Daily Commercial News – Quebec theatre saved through glass ‘conserving cocoon’