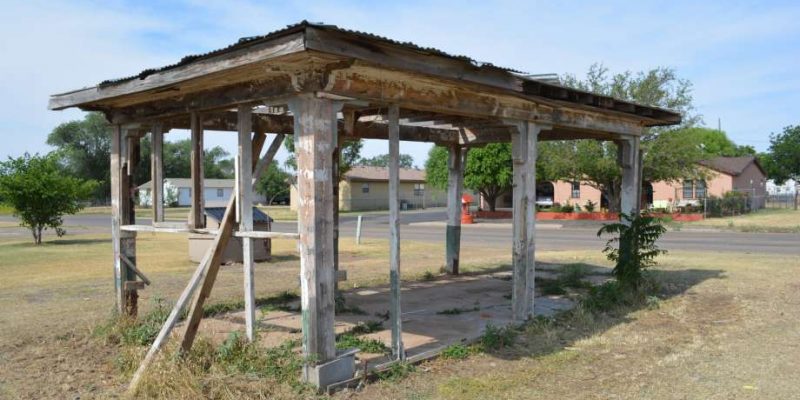 Chuck Humphreys has a mystery on his hands. He is trying to learn the history of a well-built — but now deteriorating — structure in the 1600 block of El Paso.

The wooden open-sided carport or awning likely dates to the 1920s or 1930s and shows evidence of having been moved years ago from its original site. When Humphreys acquired it, the small shop-style structure was enclosed. Humphreys has since removed the exterior walls which are not original to the building. That partial demolition revealed a faded green-and-white paint scheme which was used on most service stations during the first half of the 20th century. The structure possibly could have served as an open-air garage for oil changes and minor mechanical repairs. The arched roof and quality construction are indicative of such structures from that period. It quite likely could have originally been located along the Amarillo Highway, which come into Plainview on North Columbia until the late 1960s. Anyone with information about the structure should contact Humphreys at 292-0598. Mystery building – Plainview Daily Herald