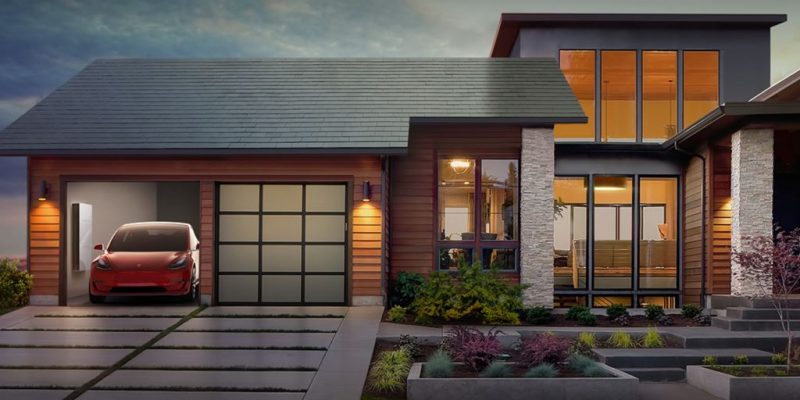 The roof is made of glass tiles that can collect energy from the sun. The tiles were designed to make the roof look similar to those on traditional homes.

The tiles are three times stronger than non-solar tiles, and weigh half as much, according to Tesla. The company is guaranteeing the tiles for the whole lifetime of a home.

The company estimates the cost of installing a solar roof on a 240-square-meter home would be about $69,000. Some industry experts have noted this estimate is much higher than for a roof made from traditional materials.

But Tesla says a solar roof will actually cost less over time because it can reduce or get rid of electricity payments. The government also reduces taxes for some people using solar technology.

Tesla sells batteries to store the solar energy that powers homes. The battery is called a Powerwall, which is included in the price of the roof installation. The Powerwall stores energy that can be used at any time of day or night, the company says.

Tesla also makes electric automobiles that can be charged with solar power. Elon Musk says both products can be used to help conserve the planet’s energy supply.

“When you think of a sustainable energy future, you want roofs to be beautiful and generate energy from the sun,” he said. “That energy can then charge Powerwalls and electric vehicles – that’s the future we want.”

People interested in buying a solar roof can go online and estimate the cost by entering information about their home. A $1,000 deposit is required to place an order. Two designs are currently available and more will be added in the future.

Roof installations are set to begin in the United States next month and will start in other countries next year.

Musk said he is not sure how many people will order the solar roof tiles and admitted there could be some difficulties along the way. But he added that Tesla is committed to the project, which he described as “the only sensible vision for the future.”