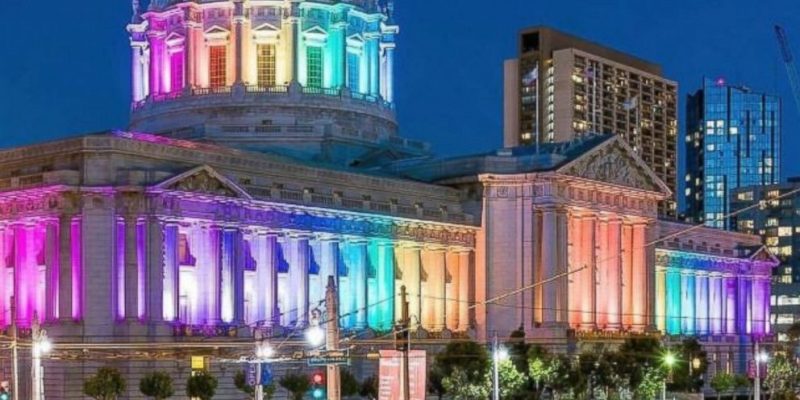 Structures across the U.S. — including city halls, bridges, and skyscrapers — are bathed in rainbow lighting this weekend in honor of LGBT Pride.

June is internationally recognized as Pride Month, and many cities — including New York City — are hosting Pride marches on Sunday.

From New York City’s Empire State Building to Minnesota’s Lowry Bridge to San Francisco City all, cities of all sizes are gushing with Pride. And overseas, U.S. embassies and consulates are also paying tribute to LGBT Pride.

Here, a round-up of the some of the most colorful structures lighting up their respective cities — and social media. Skyscrapers, city halls, bridges across US lit up in honor of LGBT Pride – ABC News