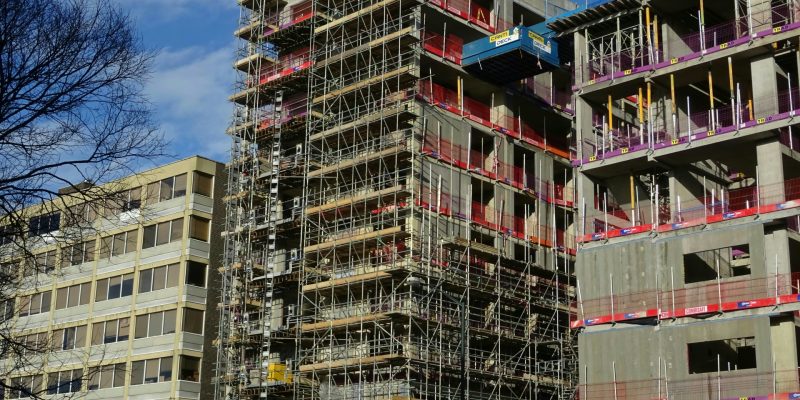 The workers sustained non-life-threatening injuries after a 10-metre section of an under-construction highrise collapsed in Woodbridge on Wednesday.

Three workers have been injured after a section of a highrise building under construction in Woodbridge partially collapsed. Firefighters arrived on scene to find three construction workers with non-life threatening injuries caused by a collapse of a 10-metre section of the building’s eighth floor.

“What has happened, it appears, is that the struts have dropped,” Vaughan Deputy Fire Chief Deryn Rizzi said. “Firefighters are giving medical aid to three patients. Two of them were on the scaffolding; one of them was running up the stairs to assist when he saw it happening.”

Workers have been evacuated from the building and York Regional Police has shut down operations at the site, she added.

The Ministry of Labour and the city’s building standards department have been contacted. Men Injured After Construction Collapsed