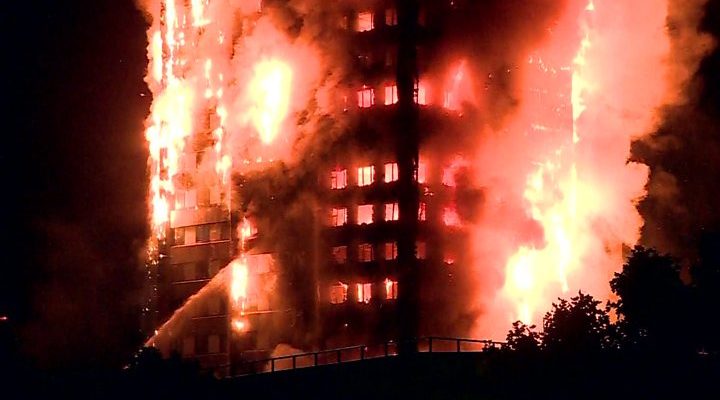 A huge fire has raged through the night at a tower block in Latimer Road, west London, with eyewitnesses claiming people are trapped in their homes.

The fire at Grenfell Tower on the Lancaster West Estate was reported at 00:54 BST and about 200 firefighters are still tackling the blaze.

“This is a large and very serious incident and we have deployed numerous resources and specialist appliances.”

He said he was shouting at people to “get out, get out” but that residents were shouting back that they were stuck as corridors inside the building were filled with smoke.

“It has burned through to its very core,” he said.

“It looks very bad, very very bad. I’ve never seen anything like this. It’s just such a big fire.