Get The Latest Industry News And Renovation Tips
Domain Design Inc. > Domain Design Blog > Best Builders > How to Be With A Building Renovator Father 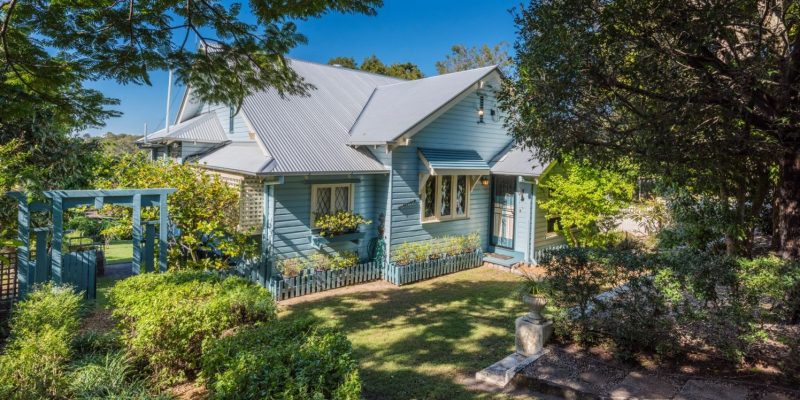 On Cavendish Road in Coorparoo, Amanda Wecker grew up in a converted doctor’s practice.

But she didn’t just live there — she helped renovate it. Long before renovation shows took over our TVs, Mrs Wecker spent her childhood apprenticing her father John Reuschle as the pair laboured to restore the house back from a doctor’s clinic and into a beautiful family home.

No task was too tough for the father-daughter duo. As a young teenager, Mrs Wecker wielded jack hammers, saws, nails and spades, working alongside her father and sharing his passion for the property’s character features.

They bonded over leadlight windows, ornate plaster ceilings and beautiful woodwork as she nailed walls, cut out doorways and filled holes with putty. Outside, they worked on the 868 square metre double block, retaining walls and erecting outdoor features.

She even picked the home’s many bold colour schemes, which were regularly rotated depending on trends and passions at the time. “It’s been at least four colours that I can remember,” Mrs Wecker laughed.

“Every room that you go in to, my dad and I have done that with our own hands,” Mrs Wecker said.

“When I look at it I don’t see that house, I see my father.”

She said the double block yard at 428 Cavendish Road was great for playing as a child, where she had the run of the nearby side streets.

Mr Reuschle bought the house because he had a passion for old, wooden buildings and Mrs Wecker said the new owners would ideally feel the same way.

“My parents moved into that house before they thought of me — and I was their only child,” she said. “I was raised in that house and lived there until I was married.

“It’s actually one of those houses that can’t be pushed over [because of character protections]…My dad had a passion for it (and) the person who buys it should be someone who loves that type of house.” ‘I don’t see that house, I see my father’: Growing up with a renovator parent