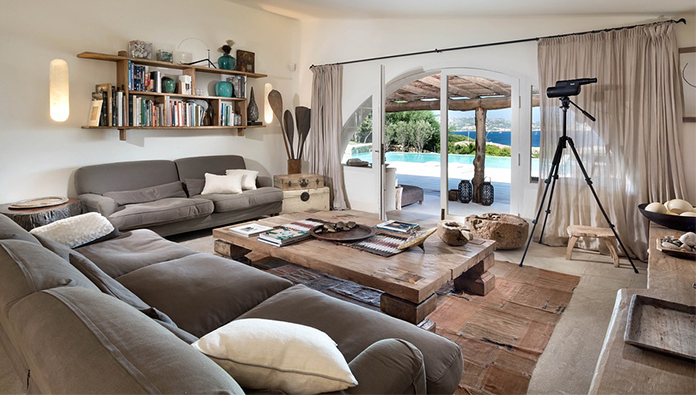 Home improvements can really help bring out the best in a house. Adding some French doors, new kitchen cabinets, or maybe knocking down a wall to make a room bigger are all ways in which you can dramatically improve the look of your home.

However, these improvements, if not done right, can end up causing you more issues than they are worth. The motto “if you want something done right, do it yourself” doesn’t always apply in these situations.

So while you are laughing at these stories of home improvement projects gone wrong, let them be a lesson to you of when to leave things to the professionals — or, at the very least, when it’s most important to do your research before starting a project.

A couple set out to repaint their house and wanted a textured ceiling, something with a popcorn finish to it. They decided to hire a contractor to do this, as they had no experience with painting textures.

It turned out the contractor they hired had hired a subcontractor to do the work. The job was explained incorrectly and when the home owners came home they were shocked to realize the subcontractor had painted the ceiling and the walls with the textured finish. The entire area had to be scraped and sanded down, which set the entire project back weeks.

When you are contracting any work to be done you should always make sure you are present in the beginning to check that everyone understands what should be happening. It can save you quite a bit of money, not to mention stress, in the end.

Many people like to tackle what they believe to be simple jobs. However, when someone decides to do something because “I’ve watched so many shows on HGTV I could do it in my sleep,” you should probably hire out.

In this instance a man told his wife he would be able to erect a wall in their living room to divide it and make it into two rooms.

The wife was quite impressed at how everything was going. He cut 2×4’s and placed them into a frame for the wall, and was starting to drywall.

She decided to go out and left him alone. First mistake.

While applying the drywall, the man realized he wouldn’t quite have enough to cover the entire wall and had to decide where the leave a gap. The gap ended up being right near the edge of the wall, and he puttied it over and filled it in.

No one would ever notice. That is until the family cat stretched along the wall and ended up pushing in the puttied area. The wife came in to find the husband sleeping on the couch and the cat peering out at her from inside the wall.

The contractor was hired the next day.

When doing anything, the phrase “measure twice, cut once” isn’t just a suggestion. You should always measure everything and figure out exactly what you need material wise beforehand.

When using drywall, grab extra and never putty anything larger than a small hole.

When building a new deck for his family, a man decided that changing the level of his backyard would be easier than trying to build the deck up from where the ground level currently was.

Many people do this, and it actually saves you a lot of lumber, but costs you in labor. Essentially you need to add aggregate (sand and stone) onto the ground you are working with and then slowly build up the soil level.

As you build each layer, you need to pat it down — this compacts everything and makes it much more sturdy. Then you leave it to settle for a day or two before adding the next layer.

After building the ground up for a few weeks it was time to start building the deck. He set to work and got most of the deck done in one day.

The next day the man stepped outside onto his half finished deck, heard a crack, and felt the whole deck shift. When he looked underneath he realized just how important patting the ground was.

Since he skipped this step, and they had gotten some rain over night, the ground had shifted and actually left almost a foot of space between the deck and the ground.

HGTV is not a substitute for training in an area of construction and home improvement! Make sure you know what you’re doing, and NEVER skip steps out of convenience.

Home Renovation Nightmares: What NOT to Do (plus Tips to Do It Right)