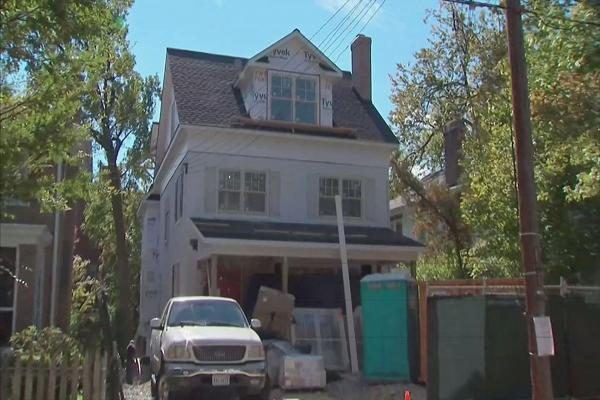 If you can’t move, renovate.

Fast-rising home prices and a record-low number of homes for sale have a lot of homeowners choosing to stay put — and put in a new bathroom or update the kitchen. Higher home values also mean they have more cash to take out of their homes.

With mortgage rates so low for so long, most borrowers are opting for a second loan rather than refinancing their current mortgage to take cash out. Second loans, such as home equity lines of credit (HELOC), are booming. HELOC originations were up 10 percent year over year in 2016, hitting an eight-year high, according to Black Knight Financial Services, and they continue to rise.

Homeowners gained an aggregate of $570 billion in 2016, bringing the number of homeowners with “tappable” equity up to 39.5 million, the highest since 2006. Those borrowers have at least 20 percent equity in their homes. All that new-found housing wealth has homeowners taking out ever more cash. The average HELOC at the end of last year was $120,000, surpassing the pre-recession peak.

While the amount is higher, home equity lending is still below the 2005 peak levels, and credit scores are near all-time highs. Borrowers are taking out the lines, but they’re not using all the cash at once. They appear to be more prudent this time around.

That may, however, be changing already. Home remodeling hit an all-time high in the first quarter of this year, according to Metrostudy’s national “Activity Index.” The index is up 4.5 percent compared with last year.

Today’s home equity lending, like all other lending, is more strict than it was during the last housing boom. Borrowers need full documentation and must have at least 20 percent equity in their homes already.

Ironically, the new boom comes just as the pain of the last home equity line boom is ending. These credit lines have a 10-year “draw period,” when borrowers are required only to pay interest on the loans. After 10 years, the loans “reset,” and borrowers must start paying principal, which can more than double the monthly payment. That caused huge jumps in home equity line delinquencies, which were up 74 percent last year, according to mortgage data firm Black Knight Financial Services.

This year, about 1.5 million home equity line borrowers will start having to pay principal on loans they took out in 2007, as the last wave of pre-crisis loans reset. That is roughly 19 percent of all active home equity lines of credit. It could have been worse, but thousands of borrowers got out of their loans before the reset.

“For the 2007 vintage, we’ve seen much higher rates of prepayment out of those HELOCs, mostly because there’s been such a favorable interest environment,” said Mitch Cohn, spokesman for Black Knight. “But basically everybody who could refi their way out of the payment shocks already has.”

For those who did not, equity is a problem. One in 5 borrowers facing resets this year has less than 10 percent equity in their homes, making refinancing out of the loans difficult. Home renovation boom is turning people’s houses into ATMs again