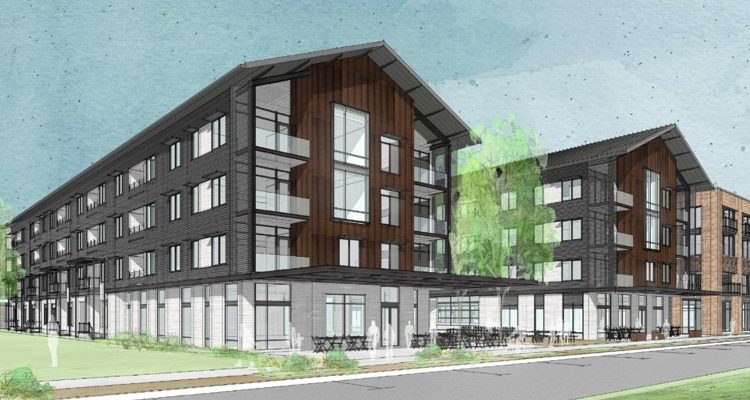 Retail and restaurant tenants haven’t been announced yet.

The two buildings nwill be situated on either side of what’s being called a ‘gateway green.’

More shops and residences are on the way to the former Highland Mall complex in Central Austin.

Newly announced plans for the property, now owned by Austin Community College, include two more apartment buildings with a combined total of 390 units, as well as 25,000 square feet of ground-floor retail space.

The two buildings, which will both be four stories tall, will be situated on either side of what’s being called a “gateway green” – a lush open space that’s slated to be the primary entrance to the property from Airport Boulevard.

They’ll join Elan Parkside, another mixed-use project on the ACC Highland site that’s nearing completion. Elan Parkside is set to have 300 apartments and 5,000 square feet of retail space when work wraps up.

“We’re excited about this development, which will bring even more housing opportunities, including more affordable housing, to a part of town that already has great transportation options,” RedLeaf principal Matt Whelan said. “It’s projects like these that help fulfill Imagine Austin and the community’s goals of a compact and connected city.” Shops, restaurants, 390 apartments coming to ACC Highland site