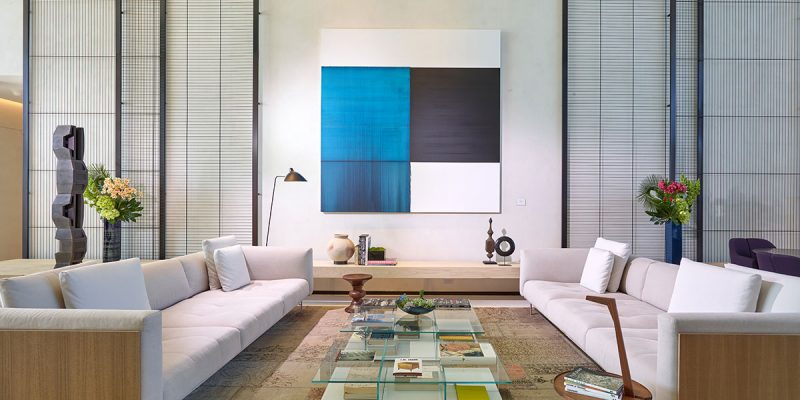 In recent years, luxury real estate developers and architects in the United States, have been increasingly utilizing advances in green building technology and carbon neutral energy programs, while engaging more with the outdoor environment and using cleaner air systems and paint.

This trend has been supported by local, state and federal initiatives, which have created more strident environmental regulations and tax subsidies for green buildings. However, with the Trump administration’s  stance on the environment along with proposed budget cuts to the Environmental Protection Agency, there’s a serious possibility of rollbacks of climate change initiatives. It is also possible that the president is planning to withdraw from the Paris climate accord, a landmark international emissions agreement, though according to CNN, he has delayed announcing his decision to withdraw until after the G7 summit at the end of the month.

Green standards are here to stay

Marcos Corti, CEO of Consultatio, the developer behind the Oceana, an environmentally friendly building in Bal Harbour, Florida, said green design is here to stay, no matter what happens politically.

Lobby at the Oceana, an environmentally friendly building in Bal Harbour, Florida.Barry Grossman

“The trend is to go LEED and to continue that path,” he said.  “It is on everybody. If the government or the leader is not going that way, I think the entire population is going that way, so it isn’t going to change,“ Mr. Corti said.

LEED stands for Leadership in Energy and Environmental Design, and it is a series of certifications that buildings meet. According to Marisa Long, vice president of Public Relations and Communications for the United States Green Building Council, there are currently 24,109 LEED certified homes across the country, totaling 273,059 residential units and more than 365 million green square feet. The number of LEED-certified projects continues to increase, with Texas, California and New York carrying the most projects.

According to Ms. Long, LEED will endure especially because it makes economic sense.

“Green buildings also play a significant role in supporting the mitigation of climate change while continuing to showcase a clear path to job creation and economic prosperity.”

According to Ms. Long, by 2018, green construction will account for more than 3.3 million jobs in the U.S., which is more than one-third of the construction sector.

“While we are disappointed with recent proposed policy changes, we expect business leaders to continue to push change forward and also believe federal agencies will continue to incorporate core resilience and sustainability considerations in planning, design, and construction of their own facilities,” Ms. Long said.

Others, such as Stephen Glascock, president of Anbau, a New York-based developer completing Citizen360, a wellness-focused condominium on the Upper East Side, doesn’t expect  new policies in Washington to have any impact on new development.

“We don’t get any subsidies for LEED stuff,” Mr. Glascock said. “All the sustainable stuff comes from what we feel is the right thing to do.”

In cities such as New York and Miami, local policy is very important, and strict regulation of energy at the local level has driven innovation.

New York City “has one of the most stringent energy codes in the country that drives innovation and savings more than federal incentive,” said Dan Kaplan, a senior partner at FXFOWLE, the architect behind a new, eco-friendly building on Central Park, Circa Central Park.

More: What Tax Deductions Are Available for Eco-Friendly Homes?

The new mixed-use Brickell City Centre in Miami has among many green innovative features, a “Climate Ribbon,” which is an outdoor connector in the development’s retail space. The ribbon captures winds off Biscayne Bay and funnels them through the space, as well as provides shade and collects rainwater for irrigation and air conditioning.

“We are pioneer for the time,” said Christopher Gandolfo, vice president of development for Swire Properties, which developed Brickell City Centre in Miami . “I’d like to believe other good developers will follow suit. It is up to the public to demand it to some degree as well.”

Courtyard at Circa Central ParkSeventh Art

Policy shifts from the Trump administration will crash headlong into a building trend that has been evolving since the establishment of the LEED certification 17 years ago.

“LEED is a market transformation tool,” said Ms. Long. “Since LEED launched in 2000, it has quickly become the most widely used green building rating system in the world, transforming the way buildings are constructed, designed and operated. In the United States alone, there are 64,500 projects currently participating in LEED with that number expected to grow.”

Trump— in addition to vowing to withdraw from the Paris climate agreement, proposing budget cuts for the EPA and placing a higher priority on economic development—has historically not placed green buildings at a very high value. According to an article on the USGBC website, only a few of his hotel and residential properties have sought LEED certification, and there is a possibility that he could abolish the requirements for federal buildings to be LEED certified.

But developers still seek and hold LEED certification as a very high standard. It “helps keep the very large team of designers, specialist consultants, and contractors who work on a project like 520 W 28th Street focused on the project’s performance and indoor air quality goals, and it gives our buyers an extra level of comfort that we achieved these goals,” said Luke Falk of Related Companies, the developer behind the Zaha Hadid-designed 520 West 28th Street building.

And many developers and architects are not seeing LEED, the gold standard of environmentally conscious and energy efficient design, as a plateau to reach, but as a jumping off point for a new way of thinking.

“LEED isn’t a checklist,” said Brandon Specketer, a partner at COOKFOX, the architects designing a new environmentally friendly building at 550 Vanderbilt in Prospect Heights, Brooklyn. “It is a standard of quality that helps everyone meet a certain standard.” Green Building in U.S. Luxury Developments Continues to Flourish – Mansion Global 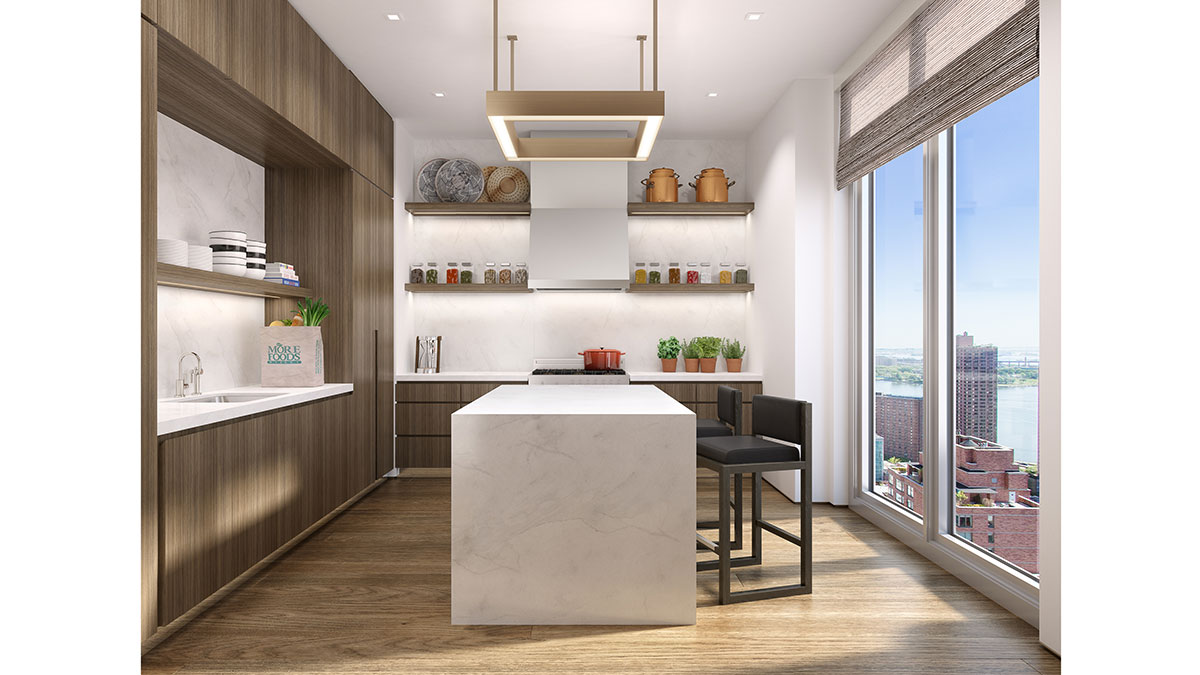 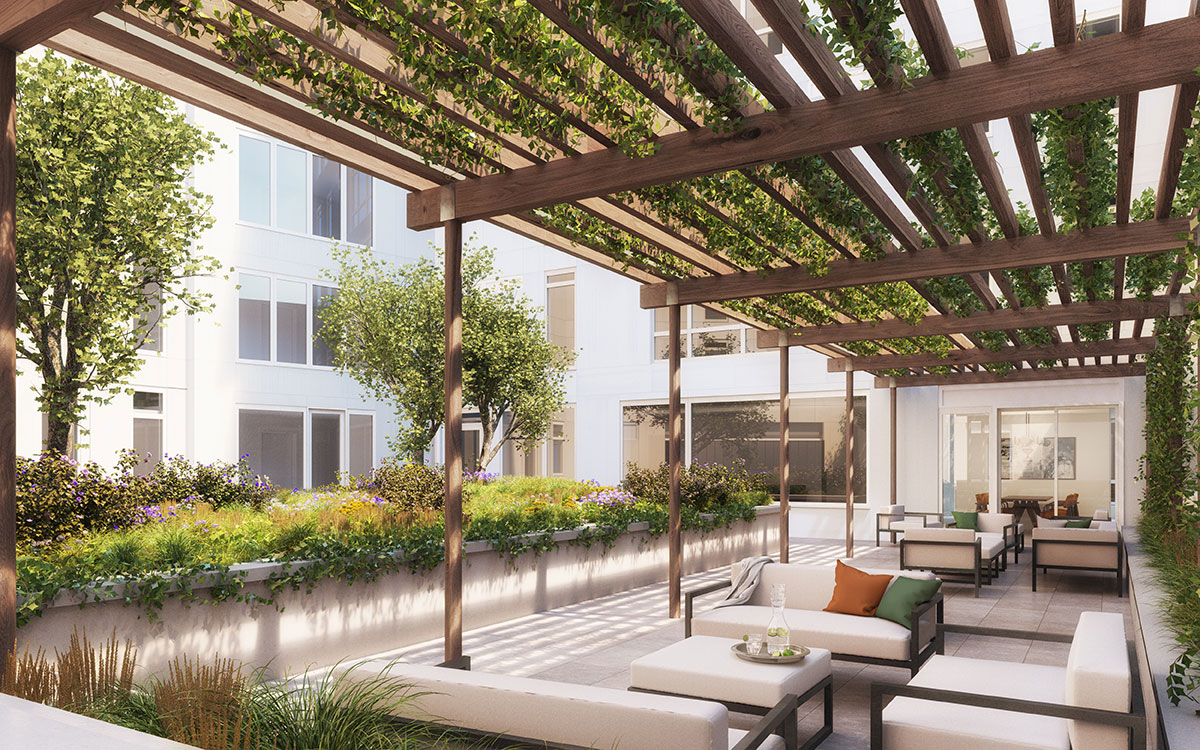 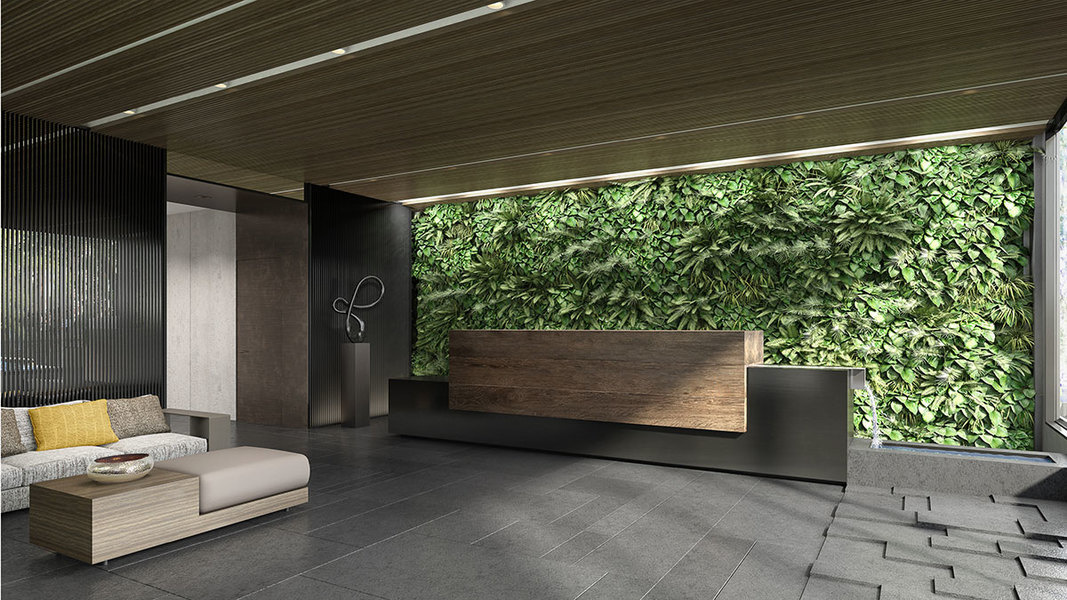