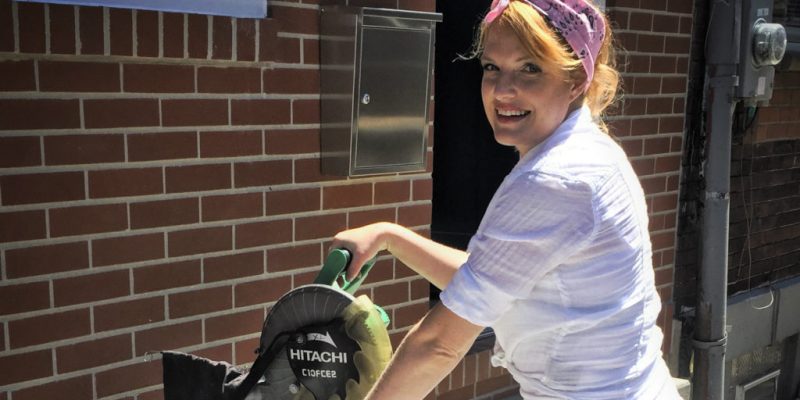 “I’ve been obsessed with old homes for years. Years and years ago, I always wanted to flip old houses and renovate them,” she said.

So she started working on her own house, her family’s houses and her friends’ houses. Then, she got a real estate license and began working in Lawrenceville — at exactly the right time.

“I totally lucked out. It was before the Pittsburgh flipping scene caught fire, and I started in Lawrenceville,” Mahon said. “I got to ride the wave of exciting new renovations down there.”

Now, her eight-episode show airs Wednesday evenings on the DIY Network (showtimes here), shining a spotlight on Mahon’s work across Pittsburgh. The show premiered earlier this month with a feature about her work on a 1920s craftsman-style bungalow in Squirrel Hill.

Mahon hopes Pittsburgh’s “down-to-earth, very relatable” character shines through on the show — and, of course, “how great our old houses are.” Free design tips from a Pittsburgh DIY star for your home