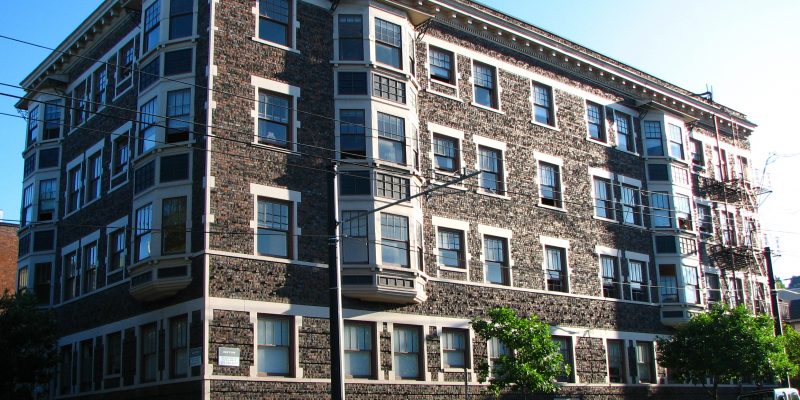 Kaylee Moutminy, a student at NHTI, outside the Riverbridge Apartments in Allenstown this week. Derry-based developer Al Croteau purchased the 41-unit Riverbridge Apartments that overlook the Suncook river in late April for $1.4 million and has since been busy rehabilitating the once-dilapidated building’s inside and outside. GEOFF FORESTER—Monitor staff

An Allenstown apartment building is getting a half-a-million-dollar renovation, and its new owner will get a five-year tax break totaling about $85,000 from the town to help finance it.

Derry-based developer Al Croteau purchased the 41-unit Riverbridge Apartments that overlook the Suncook River in late April for $1.4 million and has since been busy rehabilitating the once-dilapidated building inside and out.

The apartment complex used to be separate buildings, according to Croteau, and were apparently consolidated in the 1970s. The building, whose individual parts date back to the late 1800s, have served as an opera house, a grocery store, and a saloon, he said.

“(The tax break) signals that Allenstown is open for business, open for development,” he said.

That means that for five years, Croteau’s property taxes won’t factor in the money he spent to improve the property, Mulholland said. He estimated the annual tax savings at about $17,000, for a total of roughly $85,000.

Back at the apartments, residents said they were glad for the upgrades and that they’d been told their rents wouldn’t go up without improvements to their individual units. Tax break to help fund renovations at Allenstown apartment complex