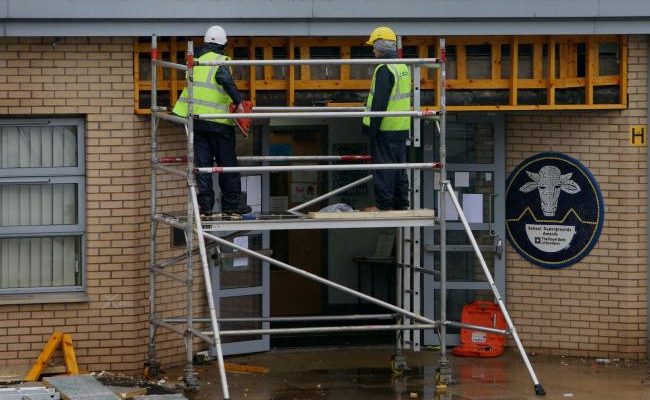 THE quality of school building inspections across Scotland following the collapse of a wall at an Edinburgh primary last year has been questioned by an expert.

Professor John Cole, who led an inquiry into the wall collapse at Oxgangs Primary, said some inspections by other councils had been “desk-top reviews” or “purely visual”.

Earlier this year, Mr Cole’s inquiry report on the Edinburgh incident found defects were not outwardly visible and could only be identified through more intrusive survey work.

It also emerged that there were at least four incidents involving the collapse of masonry panels in schools during the four years prior to the Oxgangs incident because of similar flaws in construction techniques.

Although none of the incidents resulted in injuries, Mr Cole concluded any such fall of heavy brick masonry “could easily have led to injuries including fatalities”.

The concerns came to light as part of a wider inquiry into the construction and maintenance of school buildings by the Scottish Parliament’s education committee.

He said: “The inquiry sought information from all local authorities in Scotland on the nature of any investigations, findings or incidents that would be relevant to the safety of external walls, particularly in relation to schools.

“Many of the reports of investigations undertaken by other authorities in schools across Scotland provided evidence of the presence to greater or lesser degrees of the same underlying construction defects.”

Its submission to the committee said: “Clearly, some of these newer buildings have failed to meet expectations and, therefore, there are risks associated with the current estate which had to be addressed.

“We understand that, in the main, surveys are mainly based on visual inspection and this needs to be reviewed.” Fresh school building fears over quality of council inspections (From HeraldScotland)