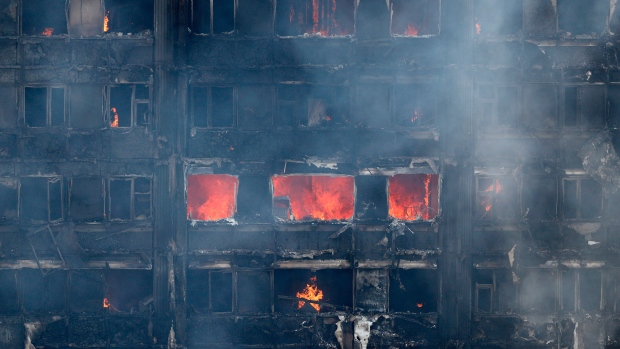 At least 12 are dead and hundreds are injured after a blaze at 24-storey building in London.

The Montreal fire department says it has specific measures in place to deal with large-scale building fires such as the highrise apartment blaze in London that killed at least a dozen people Wednesday. 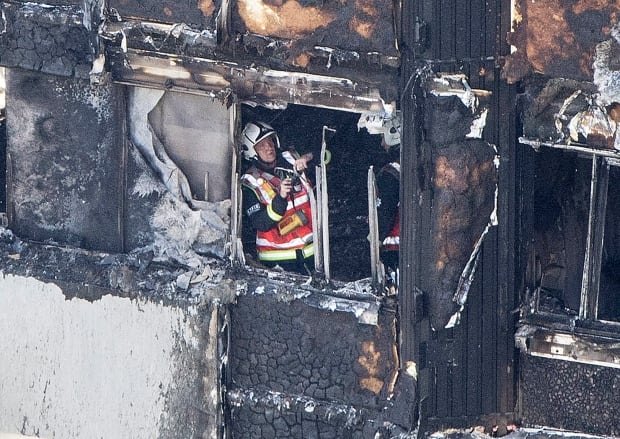 Highrise structures aren’t as easily accessible for emergency services compared to smaller buildings or homes, but Montreal firefighters are equipped with a plan if the situation ever arises.

“It’s not too complicated to intervene in a highrise building, but it’s different,” said Benoit Leclerc, who works for the city’s fire department and is an instructor specializing in highrise building fires at Montreal’s École Polytechnique.

In Quebec, firefighters are taught with how to deal with flames ripping through large-scale structures before they even leave school. Each student must complete at least 90 hours of training that focuses on highrise building fires.

“There’s a specific kind of training,” said Leclerc. “It’s the same thing even for police officers.”

In order to minimize damage and be able to access the structure quickly, the fire department keeps a detailed technical file on each highrise building in Montreal.

Firefighters make regular visits to tower blocks and multi-level structures so they can take note of important exits and what kind of protection is already in place in case of emergency.

Those briefing notes are also kept in fire trucks and in alarm panels of buildings so firefighters can easily access them.

They must also have elevator shafts and staircases specifically adapted for emergency services. Alarm, drain and sprinkler systems in highrise buildings are also more complex compared to those in smaller structures.