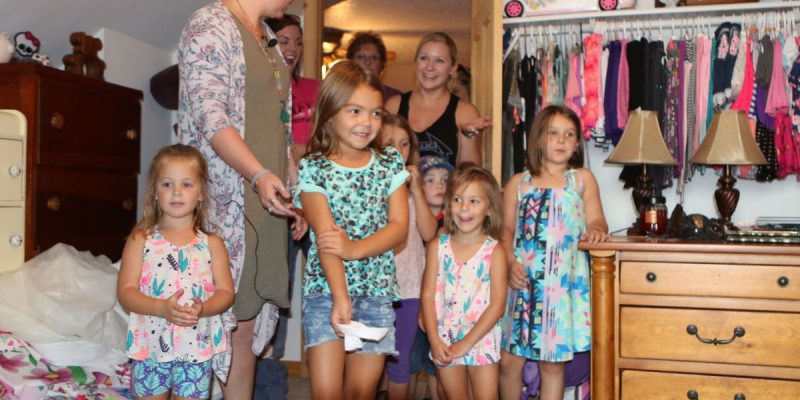 Thursday evening, with numerous family members and My Happy Haven members at her side, Katie Blackdeer was rewarded for her ongoing fight against cancer.

That’s because Blackdeer, her husband Cody, and their four kids received makeovers for their two bedrooms at their rural Rockwell home, courtesy of My Happy Haven, and several of its corporate sponsors in North Iowa.

A look at the Blackwells’ kids bedroom.

Blackdeer’s kids were surprised to see two bunk beds in their room when they arrived home Thursday night, while Katie’s room’s featured new furniture, including a headboard the 30-year-old desperately needed.

Doctors initially found a grade four medulloblastoma tumor on Blackwell’s brain in January. In February, she drove herself to the emergency room after feeling extremely sick, along with experiencing headaches and blurred vision.

At look at Katie’s new room. Previously, she had been sleeping without a headboard.