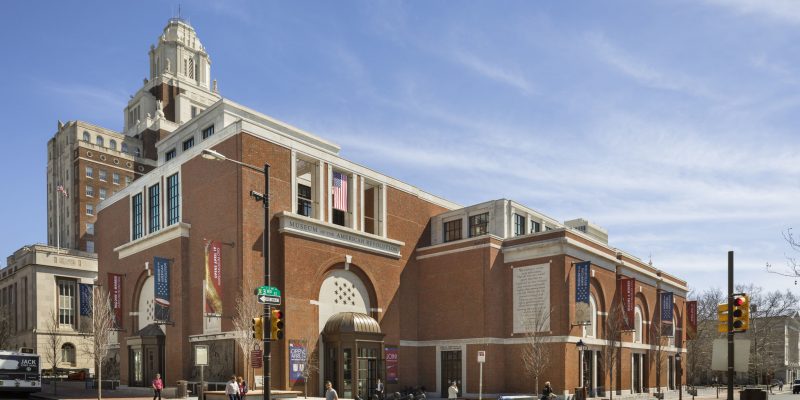 If there was one obvious criterion guiding the design of the new Museum of the American Revolution in Philadelphia, which opened to the public in April near the eastern edge of Independence National Historical Park, it was that the building had to embody a certain Americanness: It had to look as though it belonged in a group of buildings hugely important to the country’s early history, including Independence Hall, Carpenters’ Hall and the Merchants’ Exchange.

For the New York firm that designed the museum, Robert A.M. Stern Architects, responding to questions like those has become routine, the consistency of its answers a kind of professional calling card. Its resume includes the George W. Bush Presidential Center on the campus of Southern Methodist University in Texas, the Norman Rockwell Museum in Stockbridge, Mass., and a long list of projects for Disney: hot-dog-and-apple-pie architecture.

Like much of his work, Stern’s Philadelphia museum is an endorsement of American continuity, of the idea that what contemporary buildings chiefly owe to the city is a commitment to a larger urban fabric and a sense of shared history. In more specific terms, the design is a vote for the ongoing appeal of Georgian architecture, a key style in Colonial and post-Colonial America. There are also hints of the stripped classicism that marks the Bush Center.

The museum was originally planned for Valley Forge, Penn., before seemingly endless negotiations with the National Park Service persuaded its chief patrons, Marguerite and Gerry Lenfest, to build it in the heart of Philadelphia instead. It sits at the corner of Chestnut and 3rd streets, three blocks east of Independence Hall and directly across 3rd from Samuel Blodgett’s neoclassical First Bank of the United States (1797). Rising behind the museum is the U.S. Custom House, a 17-story tower from 1934 by the Philadelphia firm Ritter & Shay. An identity crisis for American architecture? – LA Times