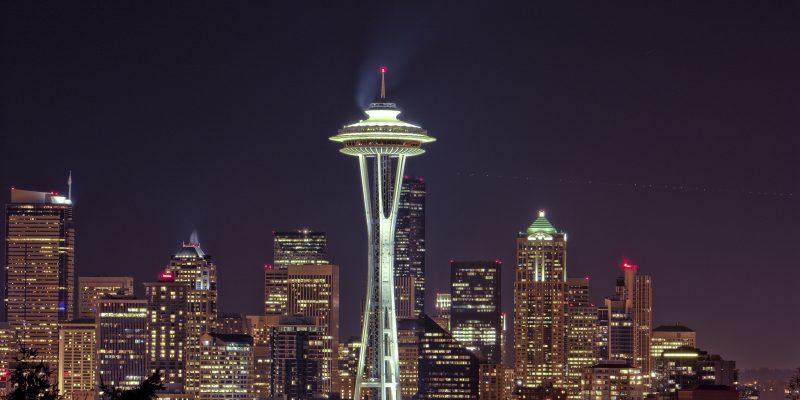 The renowned Space Needle in Seattle is about to undergo a major renovation, and almost the entire project revolves around glass—more than 176 tons of it. A new steel, wood and glass circular stairway will spiral from the observation deck to the restaurant level, with a glass-floored oculus at its base. That level will also be upgraded with floor-to-ceiling glass, and its original rotating floor will be replaced with a glass one, providing a view down to the Space Needle’s entire structure.

In all, approximately 17,000 square feet of glass will be installed on the project, increasing views by 25 percent, according to information from the company. Glass will be sourced from Switzerland, Germany and California. As of press time, a representative of Space Needle LLC hadn’t responded to a request for further information on which fabricators and contract glazier are involved in the project.

Each glass lite on the outer observation deck will measure ten feet tall and nearly two inches thick, weighing 2,300 pounds. Ten different glass types will be used in the project, including insulating and coated glass for optimal energy performance.

“The soffit glazing under the restaurant level is designed to simulate the original metal cladding on the underside of the Space Needle while allowing for the clearest view from the restaurant downward,” a description from the company reads. “Its appearance is achieved with a custom ceramic product on the outside surface to match the color of the historic metal cladding from 1961.”