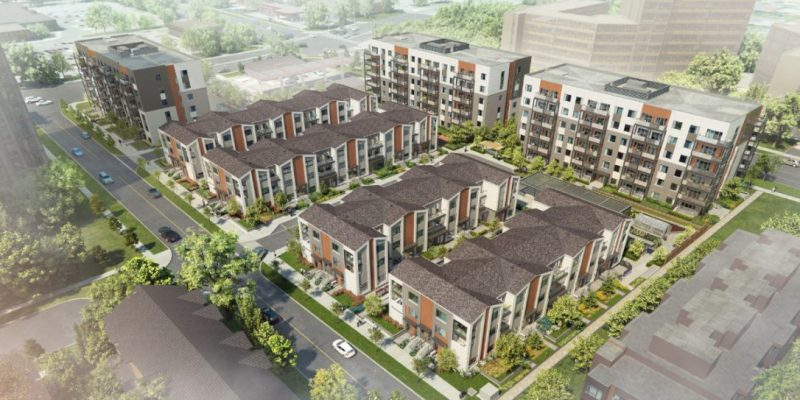 Daniels FirstHome Markham Sheppard will include condos and townhomes.

For Marie-Lauren Gregoire, home ownership in Toronto seemed out of reach. She lived in Regent Park’s Toronto Women’s Housing Co-operative since 2008, and didn’t want to leave the neighbourhood.

“Normally people think about home ownership and they think you have to go to suburbia,” she says.

But, in 2012, she took the first steps toward buying in her own neighbourhood with the help of Daniels Corporation who, over the last decade, have assisted more than 225 people in the Regent Park community transition from renting to home ownership through gradual deposit payment plans in their FirstHome and BOOST programs.

The company has announced a new project in Scarborough, along with DiamondCorp and the City of Toronto’s Build Toronto agency. Called Daniels FirstHome Markham Sheppard, the development will dedicate 30 per cent of its 328 suites and townhomes to new buyers with a household income below $90,500. Scarborough project will offer new homes with assistance for first-time buyers | Toronto Star