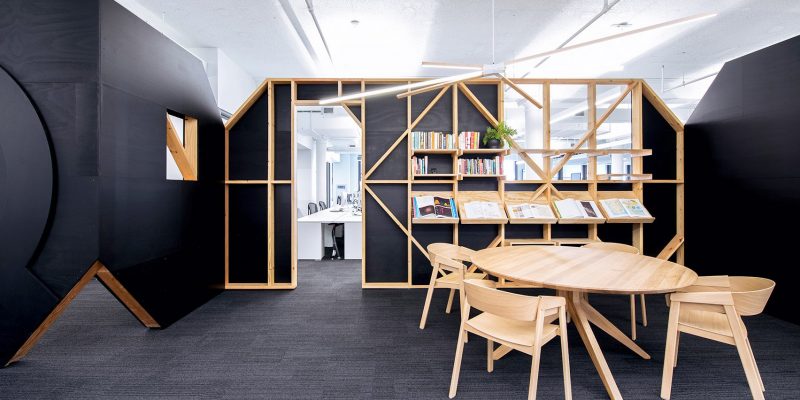 American studio Desai Chia Architecture wanted to capture the “intellectually playful aspects” of Quartz in the design of the digital media outlet’s new headquarters in Manhattan. 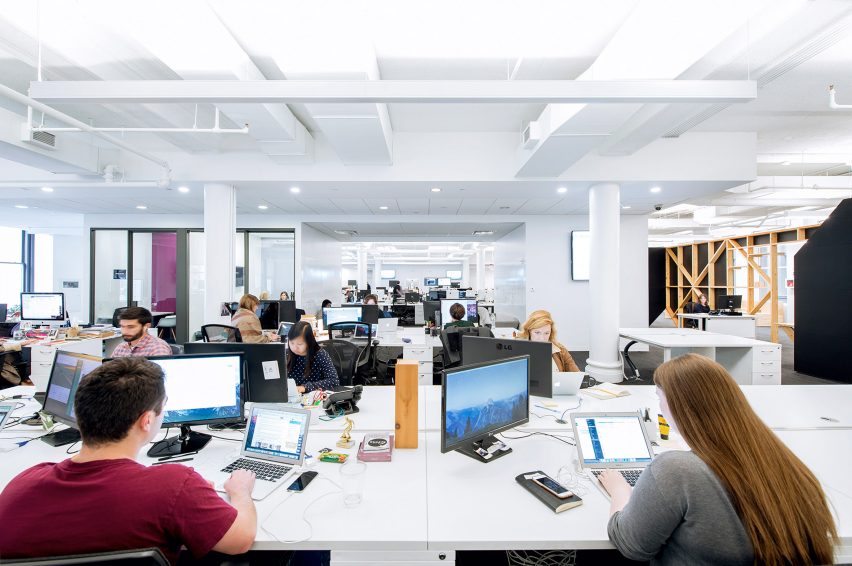 The Quartz office occupies a rectangular space in a historic cast-iron building in the Flatiron District. Launched in 2012 and owned by Atlantic Media, Quartz runs a popular website focused on the global economy.

Encompassing 25,000 square feet (2,322 square metres), the office was designed to house a growing staff and reinforce the company’s brand and culture. 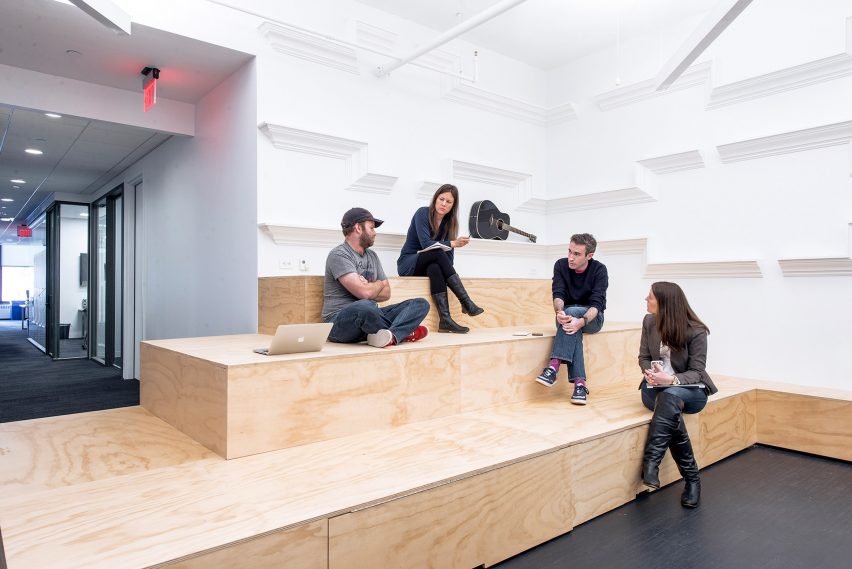 “Our design for Quartz Media accommodates the needs of their rapidly growing office while preserving the quirky, intellectually playful aspects of the company’s ethos that they commonly refer to as their Quartziness,” said Desai Chia Architecture, a New York-based studio led by Arjun Desai and Kathy Chia.

An open floor plan provides flexibility and encourages employees to take different paths around the office, in turn promoting “chance encounters” with colleagues working in different areas of the business.

In the front portion of the office, separating the entrance from the work area, the team created sculptural partitions made of structural lumber and sheets of black-stained plywood.

The partitions enclose a series of rooms, called Quartzy Spaces, including a lobby, a book lounge, a maker space and a coffee bar.

Integrated into the partitions are shelves holding books, mugs, plants and other decor. Desai Chia captures “quirky” character of Quartz for its New York office